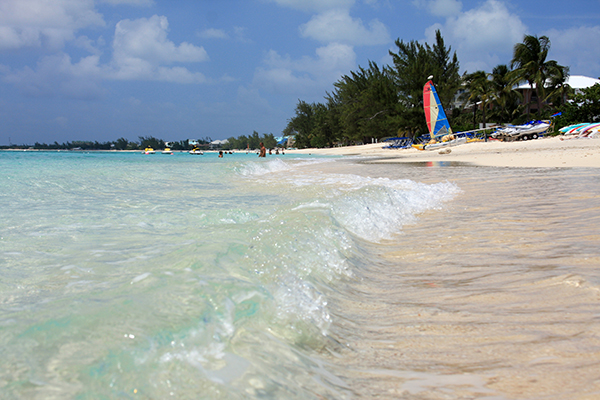 Cayman Islands tourism sector continues strong year, One of Grand Cayman’s main attractions is Seven Mile Beach, site of a number of the island’s hotels and resorts. Named one of the Ultimate Beaches by Caribbean Travel and Life, Seven Mile Beach is on the western shore of Grand Cayman Island. It is a public property and possible to walk the full length of the beach, past all the hotels, resorts, and public beach bars. Historical sites in Grand Cayman, such as Pedro St James Castle in Savannah, also attract visitors. Tourists also visit the Sister Islands, Little Cayman and Cayman Brac.

All three islands offer scuba diving, and the Cayman Islands are home to several snorkelling locations, where tourists can swim with stingrays. The most popular area to do this isStingray City, Grand Cayman Stingray City is a top attraction in Grand Cayman and originally started in the 1980s, when divers started feeding squid to stingrays. The stingrays started to associate the sound of the boat motors with food, and thus visit this area year round.

All these beautiful attractions and different things the Cayman Islands has to offer has supported the continuing of a very strong year for tourism.

The British Overseas Territory received 293,652 tourist arrivals in the first nine months of 2014, a 12.3 percent increase over the first three quarters of 2013, according to new data from the Caribbean Tourism Organization.

The islands were buoyed by significant growth in the summer season, showing a 15.6 percent improvement over the summer of 2013.

The territory also showed marked improvement from the source market of Europe, with a 35.3 percent increase in European tourism in that period.