Simon Watson, a partner at Charterland, said he believed the property development market would continue to be a key driver of the Cayman Islands economy in coming years. END_OF_DOCUMENT_TOKEN_TO_BE_REPLACED

The resort will eventually employ a permanent staff of around 500 people. END_OF_DOCUMENT_TOKEN_TO_BE_REPLACED

‘Properly managed, immigration provides opportunities for our people,’ the premier stated, adding that this belief was the major difference between his administration and the policy position of the opposition. The premier said he believed that immigration has provided the current economic foundation that Cayman now enjoys. END_OF_DOCUMENT_TOKEN_TO_BE_REPLACED

END_OF_DOCUMENT_TOKEN_TO_BE_REPLACED

“In the Caribbean, the cost of broadband is about $4 per megabit per month, compared with the Atlantic, which is 40 cents per Mb per month. That’s predominantly because of the lack of competition in the area,” said Deep Blue Cable CEO Stephen Scott. END_OF_DOCUMENT_TOKEN_TO_BE_REPLACED

A salt-water lagoon will be carved into the iron-shore and a new beach created overlooking the marine park. END_OF_DOCUMENT_TOKEN_TO_BE_REPLACED

Limited supply on waterfront property is resulting in a shift toward a seller’s market, leading to availability being a bigger issue in 2017 than pricing. There is also increased popularity in canal-front homes, partly as they are more affordable than ocean properties but still offer buyers outstanding views and waterfront locations. END_OF_DOCUMENT_TOKEN_TO_BE_REPLACED

Local environmental activists Save Cayman said the nomination was a victory for thousands of people who are fighting to protect the reef system in the harbor from the cruise project. END_OF_DOCUMENT_TOKEN_TO_BE_REPLACED 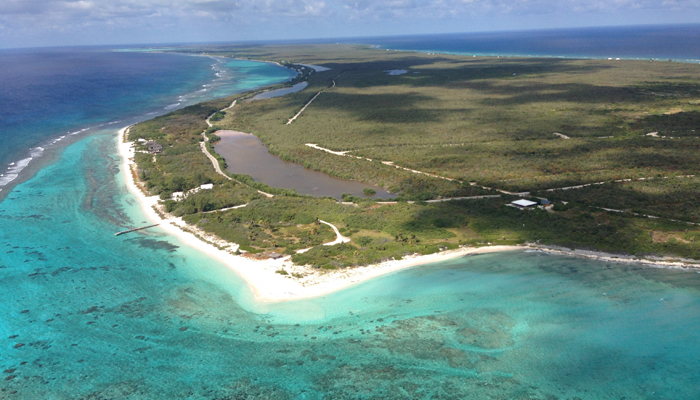 The Department of Environment has detailed a new scoring system to assess nominations for land to be protected under the new National Conservation Law.

For this year, funds of $6 million have been allocated to buy up environmentally sensitive land.

There will be 18 different criteria for the land under review, with a 1-5 ranking system for each category.

The system rates biological diversity as the most important criteria, with social, financial and strategic value. As well as climate value also factored into the decision-making process.

The conservation council will allocate points in a range of sub categories. Categories include the diversity of plant species, the cost of the land and its value to nature tourism. END_OF_DOCUMENT_TOKEN_TO_BE_REPLACED